A safe and effective cure for eye floaters is our goal – as soon as possible.

While scientific research is the solution, it’s essential that we lay the foundation to have this disease recognized as a serious issue by the medical community – meaning a cure can be developed faster.

We have outlined our Tri-Project Proposal below with details on how we can greatly accelerate scientific research and help us pressure the pharmaceutical industry to cure eye floaters.

The VDM Project is exploring ways to receive governmental grants, but this won’t be possible without eye floaters being recognized as a serious problem first. We can only complete the program with funding, and we need your help.

Our aim is to raise $10,000 per month to fund the Tri-Project Proposal.

With the results of these vital projects, we will have the quantifiable research to present to medical institutes who will understand the serious impact of eye floaters – which will help us to develop a safe and effective cure sooner.

Project One:
Discovering the Origin of Eye Floaters

To do this, our researchers need to gain a better knowledge of eye floaters at a molecular level. For a cure to be found, a better understanding of eye floaters is essential. As a combined effort between the VMR Research Foundation and the Huntington Medical Research Institute, both organizations strongly believe this project to be fundamental in understanding how eye floaters develop – and how they can be both treated safely today, as well as prevented tomorrow.

Near-sightedness (myopia) has a strong correlation with eye floaters.

Project Two assessed the changes in the eyes of patients with eye floaters to better understand how and why this condition occurs. Due to myopia levels increasing dramatically worldwide (estimated to affect 5 billion people per year by 2050), this project is necessary to gain the attention of governments and medical institutes globally. Once we have sufficient data to prove this, funding toward a cure is much more likely, meaning a floater-free future for sufferers.

One of our key strategies in having this disease recognized by Governments, Medical Institutes and Researchers is to show the widespread prevalence of eye floaters.

Currently, a questionnaire frequently used by the U.S. National Eye Institute does not adequately show how eye floaters negatively impact the lives of sufferers. We aim to change this. With a new questionnaire created and distributed by the VMR Research Foundation to measure the negative impact of eye floaters with quantifiable data, we can measure the magnitude of this problem. This vital questionnaire will greatly strengthen our ability to apply for medical research funding and is a vital step to curing eye floaters. We also anticipate that this questionnaire will provide sufferers with feedback on the severity of their disease.

Only with the necessary funding can we complete these essential projects and gain real-time data that shows how debilitating eye floaters can be.

All donations will be allocated to the Tri-Project Proposal accordingly, maximising our ability to complete them as soon as possible – meaning we’ll be closer to finding a cure. 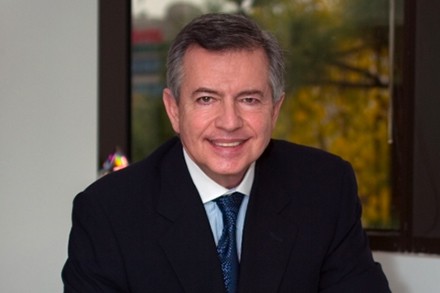 Considered a leading authority on the vitreous, Dr. Sebag has authored 233 academic publications, as of October 2020.

In the past decade Dr. Sebag has championed the cause of people suffering from vitreous floaters sufficiently severe to merit the diagnosis of Vision Degrading Myodesopsia, a condition that can be cured today with vitrectomy, but tomorrow with less invasive approaches and even prevention, the ultimate goal of modern Medicine.